FEA WORLD GP 2019. March 30th
Featherweight tournament – Grand Prix Final Four in the 65 kg category.
Stanislav Renita against Cristian Spetcu and Dmitrii Sirbu against Francesco Picca will face each other in the semifinals.
Which one of the four will be the winner, who will have enough strength for the final, who will earn the championship belt – we’ll find out Saturday, March the 30th.

Four K1 stars will challenge their right to become the absolute champion.
First semifinal: the titleholder, Constantin Rusu versus Benjamin Masudi. Second semifinal: Cristian Dorel versus Fikri Arikan.
Only two will meet in the final battle for the championship belt.

Prepare for the return of Maxim Railean in a duel against the unbeatable Martynas Danius
Maxim Bolotov will claim the right to win Vitalie Matei will confirm that he is the real champion in a fight against Baris Guzel
We will also see the current FEA champion in the light-heavyweight category, 95kg, Alexander Burduja against Mladen Kujundzic 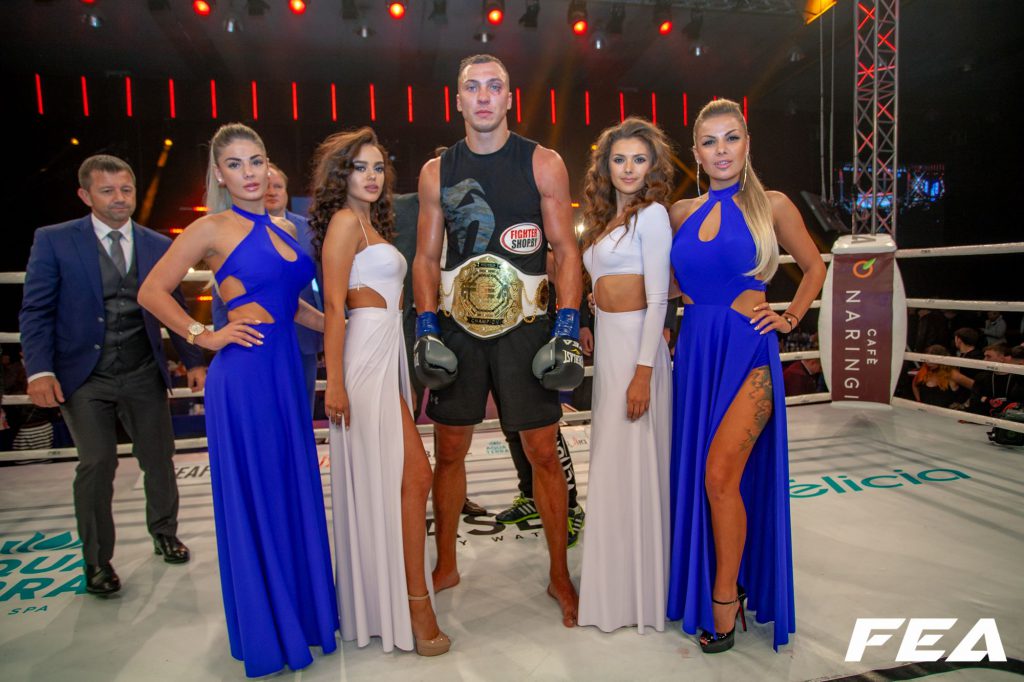