​It’s not every guitar player that would get into a guitar duel with Joe Bonamassa, but Johnny A. played it to a draw. Blue Frog Studios is pleased to welcome for the first time, this featured artist on Joe Bonamassa’s Blues Cruise.

Never content with complacency, and always up for a challenge, Johnny A again takes an adventurous left turn to present his distinct instrumental guitar approach for the very first time in a completely “solo” intimate atmosphere. Special emphasis on melody and arrangements from the British songbook of the 60s.

Boston Hall of Fame inductee Johnny A. is a Gibson and now Epiphone signature guitarist (Johnny A. Gibson is one of their most popular selling signature models) is a spectacular performer guaranteed to mesmerize an audience with the 1st riff! Johnny has shared the stage with artists from BB King to Steve Vai and everybody in between and has performed at such prestigious festivals as Eric Clapton’s Crossroads, the Montreal Jazz Festival, and Tokyo’s Fuji Rock Festival. Coming back to his roots, Johnny has developed an intimate solo performance celebrating some of the greatest, and most influential, guitar work in history.

Don’t miss the opportunity to tune in and see his performance live on Sunday, January 12th @ 7 PM PST on the following link: https://www.bluefrogstudios.ca/live-streams.html 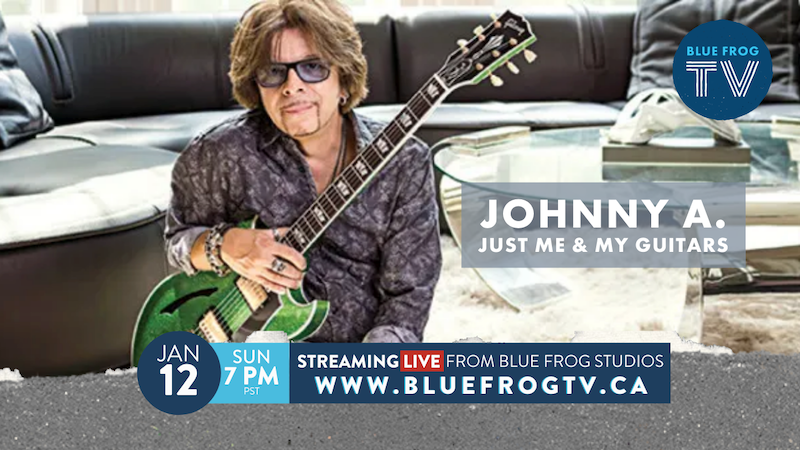