King of Kings, one of the most recognizable brands of kickboxing, will return to live-action from Helsinki, Finland on Saturday, February 29th, 2020 starting at 7:00 pm CET.

After a successful debut in Finland one year ago, KOK returns to Helsinki for what could be one of the biggest events of the year for the promotion. In 2019 it was Pok Biil who defeated both Janis Freimanis and Lauri Suomela in one night to become the KOK World GP Champion. That victory earned him a future title opportunity which will happen on February 29th. His opponent for the title is the #1 ranked KOK lightweight fighter, Igor Osinin. Osinin is unbeaten in KOK since 2017. The two contenders already came face to face in Vilnius, after Osinin’s last victory in a very memorable moment. Bill and Osinin will square off for the vacant KOK Featherweight Title in a five-round fight.

In a second KOK title matchup, defending Middleweight Champion Daniel Forsberg of Finland will answer the challenge of Poland’s Dawid Mirkowski. This will be Forsberg’s second defense of the title since winning it last May in his home country. Mirkowski has been absent from KOK for quite some time. His last fight for the promotion came in March of 2018 when he was victorious in a Middleweight WGP tournament. After a break in his career, Mirkowski said in a recent interview that he is re-energized and ready to take the belt.

Join in on the live action only on the following link: http://kokfights.tv/videos/kok-world-series-2020-in-helsinki/ 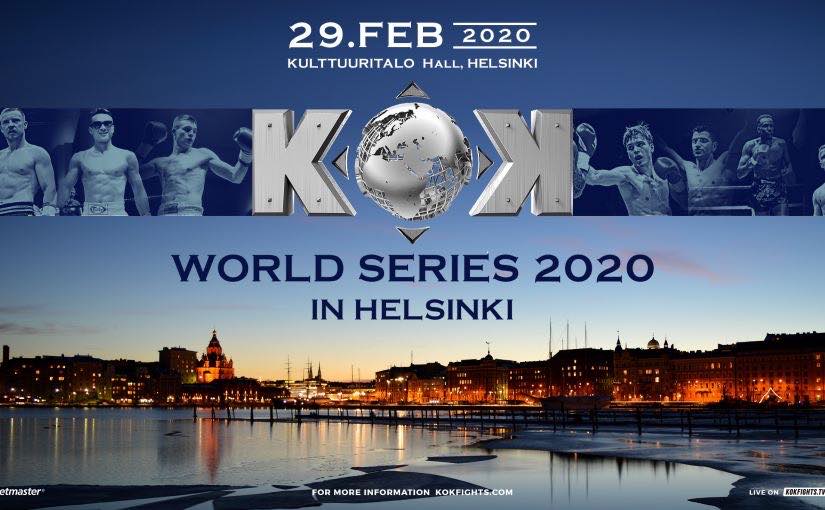