The charismatic IBF world super-middleweight champion Marie-Eve Dicaire (15-0-0, 0 KOs) will once again try to make her mark on June 28th. The Saint-Eustache left-hander will defend for the second time her IBF crown won on December 1st in Quebec City. For the occasion, she will face her aspirant #3, the aggressive Swede Maria Lindberg (17-4-2, 9 KOs).

Born in Malmo, Sweden, Lindberg began her professional career in the United States, where she trained at the famous Gleason’s Gym in New York. She has faced twice former world champion Christina Hammer in 2011 and 2017, delivering competitive fights on every occasion.
On May 25 in Poland against the current WBC super-middleweight world champion Ewa Piatkowska, the extremely offensive style pugilist dropped the flag by majority decision in a controversial decision.

As a member of Sweden’s National Olympic Boxing Team in 1998 and 1999, Lindberg also won two fights in Canada in 1999, defeating Canadian National Champion Becky Henderson in Toronto and Sudbury. She also has a pro win over Ontario’s Sara Davis for the 2009 Women’s International Boxing Federation Super Middleweight Championship in Germany. She is 3-0 against Canadian women and will come to the country without complex.

Dicaire, the defending champion, is currently ranked #1 by the well-known Boxrec site among female. During her last outing and first title defense on April 13 at the Cabaret du Casino in Montreal, she outclassed former world champion and IBF aspirant #1 Mikaela Lauren of Sweden by unanimous decision.

She is 1-0 against the Swedish boxers and intends to keep her immaculate record on June 28th at the Casino Montreal!

Don’t miss any of the heat of the moment. Visit the following link to learn how to purchase a pass: https://groupeyvonmichel.ca/live/28juin2019.html 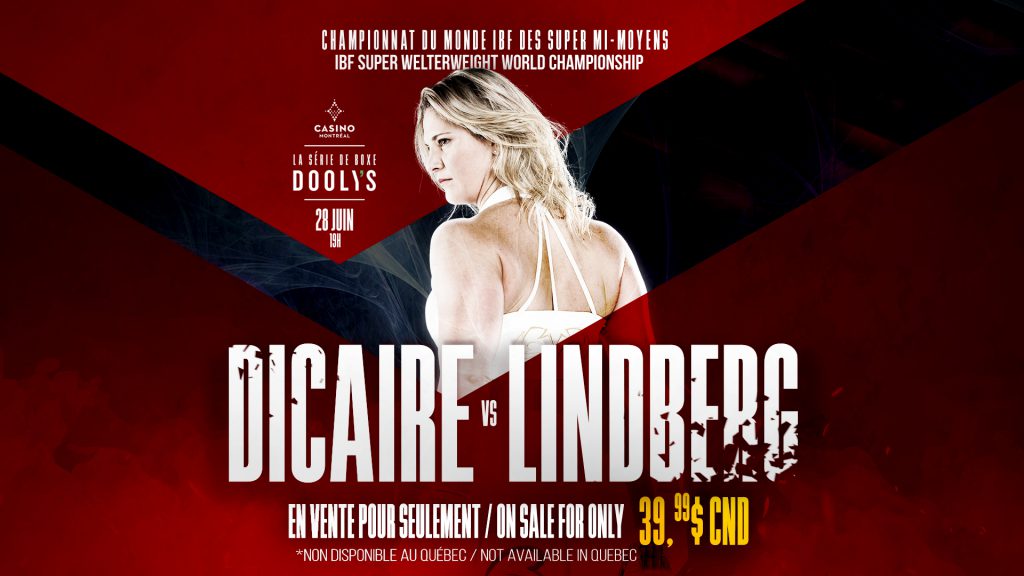