With 2018 marking the 10th Anniversary of Adele’s sensational “19”, KATIE MARKHAM took to the stage with an incredible performance recreating the magic started by Adele a decade before.
​
This immaculate concert production recreates the magic of Adele’s music from her three hit albums, “19”, “21” and “25”, reminding audiences why they first fell in love with her beautiful music.  Featuring the smash hits “Chasing Pavements”, “Make You Feel my Love”, “Set Fire to the Rain”, “Someone Like You”, “Rolling in the Deep”, “Hello” and the multi-million seller “Skyfall” as well as a selection of songs by some of the legends that inspired Adele, SOMEONE LIKE YOU is the quintessential show for any fan of Adele.

KATIE MARKHAM has been singing and dancing since she was six years old.  When she started winning singing talent contests at age 15, she started to focus on her unique and stunning voice.  In 2013, she was approached to enter X Factor and got to the last 7 finalists, emerging from the experience an entirely different person; an artist with full confidence in her vocal ability.  In 2015, Katie was approached by producers of Adele Live at the BBC to appear on the show as part of an Adele tribute feature.  Adele selected all the tributes herself and loved Katie’s audition video, selecting her as one of eight Adele performers to be in the BBC show where she performed alongside her idol.

Order the live stream which is starting February 9th @ 9.15 PM PST only on the following link: https://www.bluefrogstudios.ca/live-streams.html 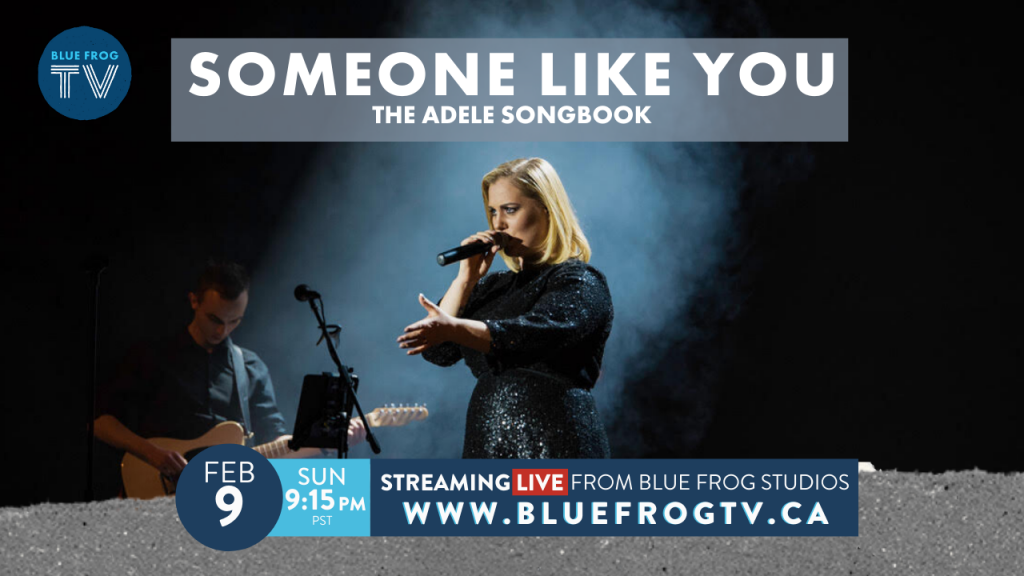