They started a band … actually, they continued a band. This time they call it … THE AUTHENTICS.

This group has been a band in one form or another since high school in 1965. They’ve been THE SEEDS OF TIME, the ROCKET NORTON BAND and PRISM and some of the band members have played in other bands like CHILLIWACK and THE HEADPINS.
The Authentics lineup reads like a who’s who of the Vancouver music scene:
Al Harlow (Prism), Ab Bryant (Prism, Chilliwack, the Headpins), John Hall (Prism, Seeds of Time), and Rocket Norton (the Rocket Norton Band, Prism, Seeds of Time).

THE AUTHENTICS have been playing music for over 50 years; they are experienced! They have poured this experience into a new EP album that will be debuted at the Blue Frog Studio with a live concert on Saturday, October 5, 2019.

You are invited to experience THE AUTHENTICS latest release while reliving the hits that have made them a household name only on the following link: https://www.bluefrogstudios.ca/live-streams.html 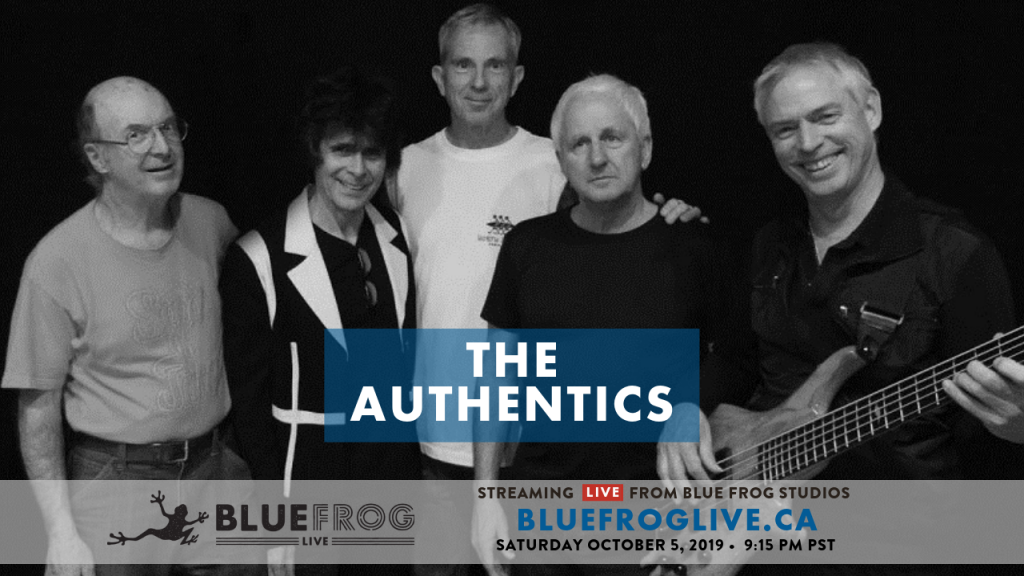